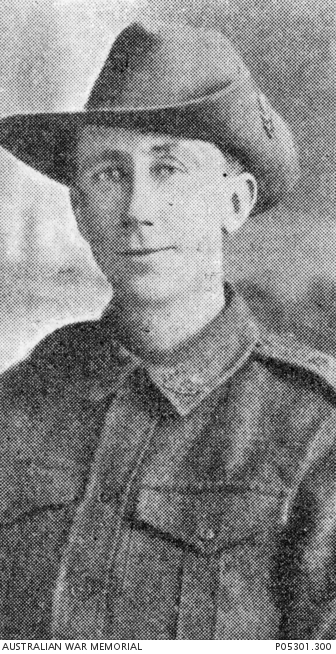 Studio portrait of 3451 Pte William Weir, 2nd (later 1st) Battalion, of Marrickville,Sydney, NSW, son of Joseph and Muriel Minnie Weir, of Annandale, NSW. A cleaner prior to enlisting, he embarked from Sydney aboard HMAT Euripides (A14) on 2 November 1915. He was killed in action on 17 August 1917 at Sausage Gully, Pozieres, France, aged 31. He was buried at Gordon Dump Cemetery, Sausage Gully but post war his grave was not found. He is remembered with honour on the Villers-Bretonneux Memorial, France.