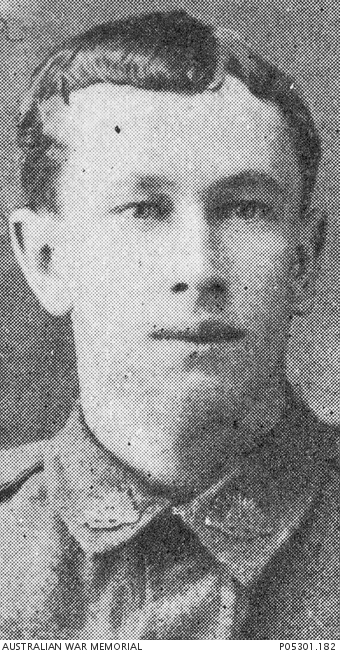 Studio portrait of 3361 Private Sydney Alexander Meloy 2nd (later 53rd) Battalion of Annandale, NSW. Son of Alexander and Eliza Meloy. A confectioner prior to enlisting, he embarked from Sydney aboard HMAT Euripides (A14) on 2 November 1915. He was killed in action on 19 July 1916 at Fromelles, France, aged 19. Along with 400 other unidentified casualties of the battle, he is buried in VC Corner Australian Cemetery Memorial, Fromelles, France .