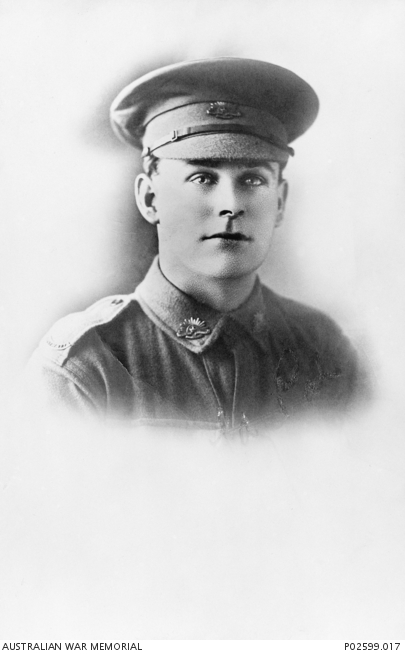 Studio portrait of Second Lieutenant (2nd Lt) Cecil Charles James McFarlane, 36th Battalion, of Leichhardt, NSW. 2nd Lt McFarlane enlisted on 28 March 1917 and was killed in action in France, on 20 December 1917. This portrait is one of a number displayed on a photo montage Honour Board made for the department store Anthony Hordern and Sons Ltd, Sydney by the returned soldier and sailor employees of the company. It commemorated 46 of the company’s 48 employees who died as a result of their service in the First World War.