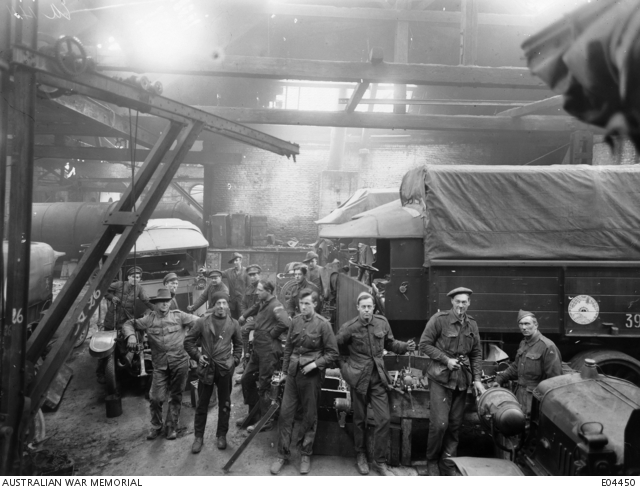 An informal indoor group portrait of members of a class in motor mechanics, organised under the AIF Educational Scheme, at the depot of the 1st Australian Mechanical Transport Company. 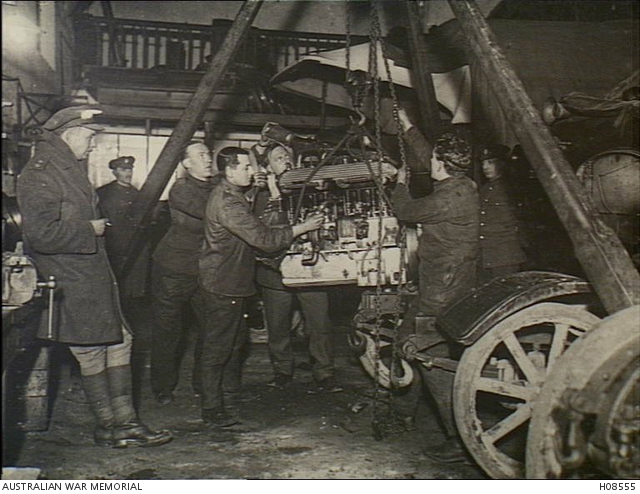