Recreation clubs were formed at tram depots to cater for social and sporting activities. The Rozelle

No record of the unveiling of the Rozelle Recreation Club’s Roll of Honour has been found. 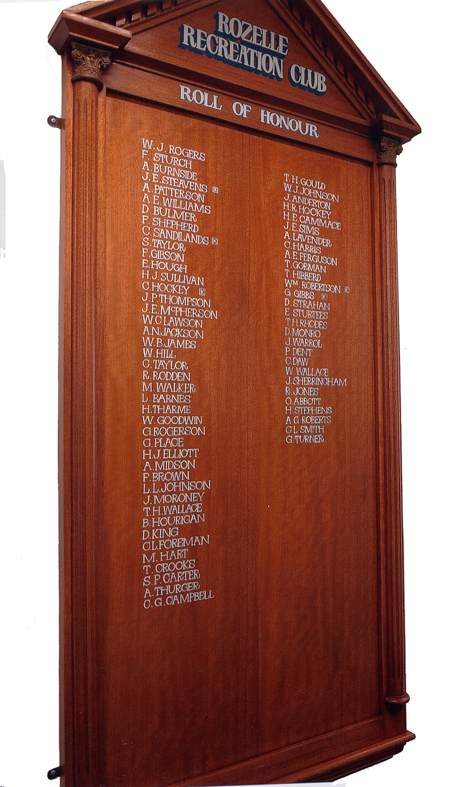 This Roll of Honour is now located at Leichhardt Bus