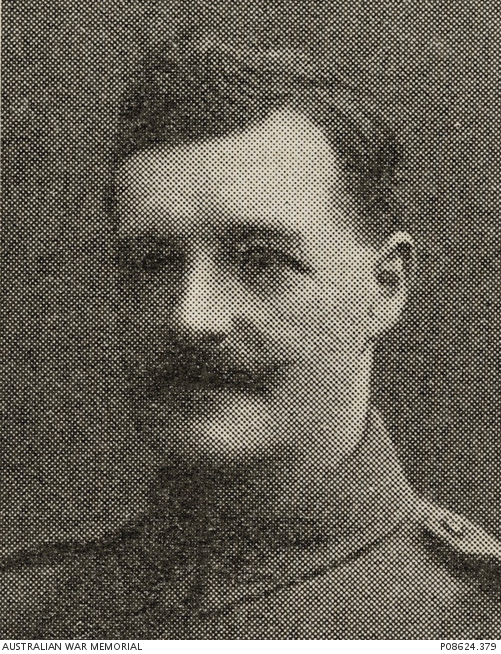 Studio portrait of 2048 Sapper (later Sergeant) George William Taylor, DCM, MM, 1 Field Company Australian Engineers of Annandale, NSW. An bricklayer prior to enlisting, he embarked from Sydney aboard HMAT Ballarat (A70) on 6 September 1915. He was wounded in action near his billet at Harbonnieres, France on 12 August 1918 and died of his wounds at the 3 General Hospital, Le Trepot, France on 19 August 1918, aged 40. He is buried in the Mont Huon Military Cemetery, Le Treport, France. Sgt Taylor was awarded the Distinguished Conduct Medal on 7 March 1918 for ‘his splendid behaviour and initiative under extremely adverse conditions…’ on 4 October 1917 during operations east of Ypres, and the Military Medal on 2 May 1918 for ‘showing great courage digging out and attending casualties……’ on 20 September 1917 during operations along the Menin Road