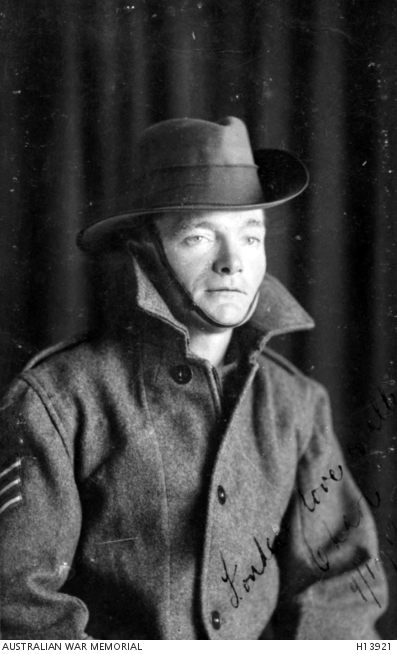 Studio portrait of 4771 Sergeant (Sgt) Charles James Smith, 20th Battalion from Leichhardt, NSW. A 28 year old accountant prior to enlisting on 6 December 1915, he embarked for overseas as a Private with the 12th Reinforcements from Melbourne on 13 April 1916 aboard HMAT Ceramic. While serving on the Western Front, he was promoted to Corporal on 6 August 1917 and to Sergeant on 20 September 1917. Sgt Smith was wounded in action on 7 April 1918 at Hangard Wood, 5 kilometres south of Villers-Bretonneux, France and died of wounds the next day. He is buried in the Picquigny British Cemetery, France.