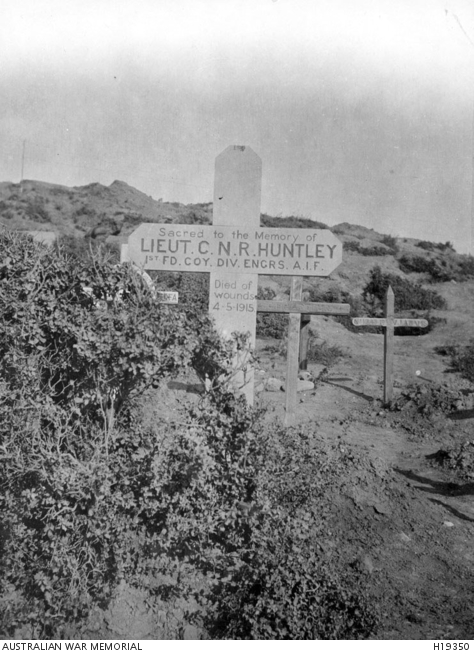 Commemorative cross erected at Gallipoli in memory to Lieutenant (Lt) Clive Neilson Reynolds Huntley, 1st Field Company Engineers. An engineering draughtsman from Balmain, NSW prior to enlistment, Lt Huntley embarked with the rank of Second Lieutenant from Sydney on HMAT Afric on 18 October 1914. Subsequently wounded in action at Gallipoli, he was transferred to HS Gascon where, on 4 May 1915 aged 30, he died as a result of his wounds and was buried at sea. He is commemorated on the Lone Pine Memorial. 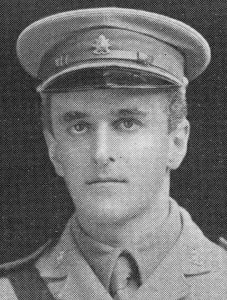