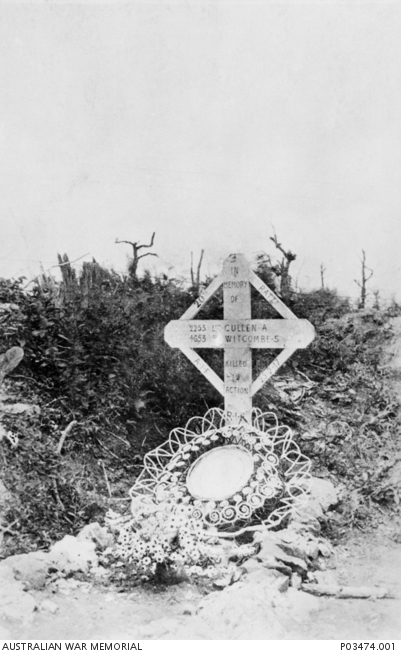 Original grave site of 2253 Lance Corporal of Leichhardt, NSW, and 4537 Private Stanley Witcombe, of Mosman, NSW. Both of the 20th Battalion, they were both killed in action on 25 February 1917 and are buried at the Warlencourt British Cemetery, France. (Original stored in Archive Store). 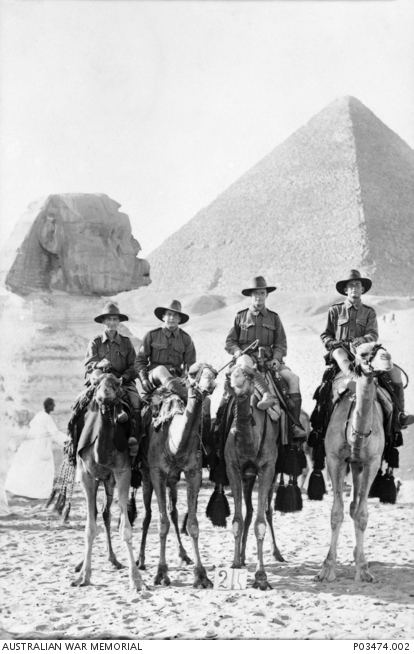