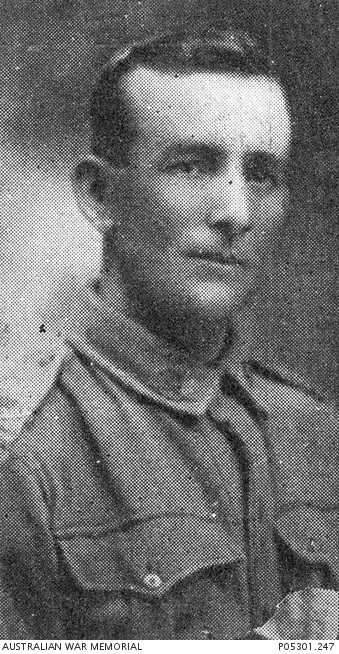 Studio portrait of 4152 Private (later Corporal) John Cogle, 20th (later 4th Field Company of Engineers) Battalion, of Redfern, NSW. Son of John and Grace Cogle; husband of Elsie E. Cogle, of, Leichhardt, NSW. A shipwright prior to enlisting, he embarked from Sydney aboard HMAT Berrima (A35) on 26 June 1915. He was killed in action on 31 August 1916 at Pozieres, France, aged 30. He is buried in the Pozieres British Cemetery Ovillers-La-Boisselle, west of Pozi