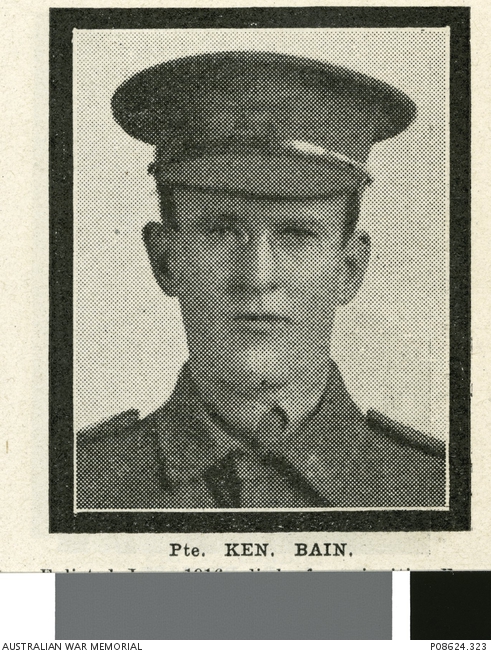 Studio portrait of 5976 Private Kenneth Bain, 2nd Battalion of Annandale, NSW. A grocer prior to enlisting, he embarked from Sydney aboard HMAT Wiltshire (A18) on 22 August 1916. On 2 January 1917, he was admitted to the No 25 Stationary Hospital, Rouen, France with tubercular meningitis and died of the disease in hospital on 8 January 1917, aged 21. He is buried in the St Sever Cemetery Extension, Rouen, France.